The Titans hosted the ASIJ Mustangs for the final dual meet of the season and took their frustrations from the previous weekend out on them winning 48-5 with ASIJ’s only points coming from a forfeit at the108 lb spot.  It was Senior Night at Titan Hall and the last Kanto League dual meet in a Titan singlet for Ryo Osawa, Chang Young Lee, Eshan Singhi, Tatsuo Tanaka, Mitchell Krcelic, Shane Koslow and Joon Seo Bae.  With the exception of Joon Seo (out with an injury) the seniors went out in style – all recording wins: Eshan by fall, Tatsuo by tech fall, Chang Young by tech fall, Ryo by tech fall, Mitchell by tech fall and Shane by walkover. 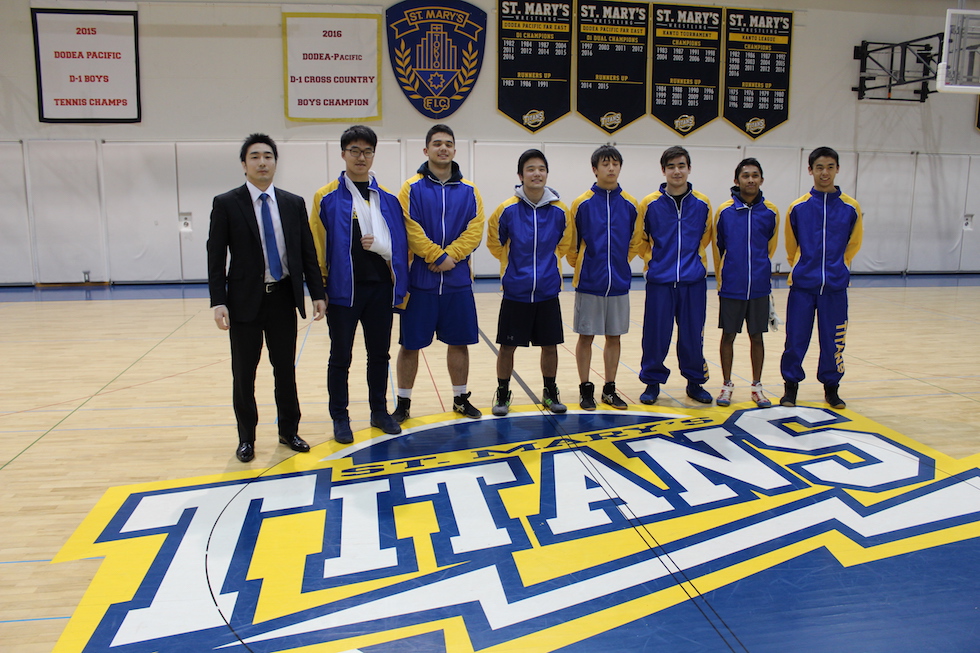 “It’s too early to say ‘I’m sorry to see them go’ because we still have work to do,” said Coach Yabui.  With the Kanto League Championship on Saturday, February 11th and then the Far East Championship just 5 days later, any of the girls dating a Titan Varsity Grappler should probably expect a lonely Valentine’s Day!

Here are the results of tonights matches: