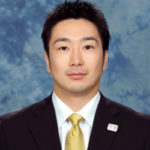 Coach Yabui began his coaching career at St. Mary’s with the middle school program and then assumed the High School coaching responsibilities from Coach Ian Harlow for the 2013-2014 season.  A St. Mary’s wrestling alumnus and three-time Far East Champion (2002, 2003 and 2004), In 2014 Coach Yabui became the first former Far East champion in Far East history that has gone on to coach a Far East Championship Team.  Since taking over the high school program, in just 7 seasons, Coach Yabui has set school coaching records for the most Far East champions produced and the most Far East team titles won (27 Far East champions and 7 Far East titles as of 2020).  As of 2020, he had become the second winningest coach in the history of Far East.  His Titan teams set a school record for consecutive Far East Individual titles with four (2014, 2015, 2016 and 2017) and tied the Far East record of 6 Far East champions in a tournament twice (2015 and 2016).  The 2016 team was also the first in school history to win all 5 major titles (Kanto league, Kanto Tournament, Beast of the East, Far East Individual and Dual) in a single season.

In addition to what he has accomplished as the Head Coach of the Titans, Coach Yabui also dedicates his time to promote the sport of wrestling both internationally and domestically.  In 2014 he was certified as Asia’s first United World Wrestling (UWW) Coach Educator.  As a UWW Educator, he supports in the development of national coaches throughout the Asia and Oceania regions.  Additionally, he serves as the Assistant to the President of the UWW Coaches Commission to support the development of the UWW Education Pathway and the UWW Media Department as a translator.  Coach Yabui is also the youngest Secretary General for the Japan Masters Wrestling Federation in the organization’s history and a board member of Sports Design Lab.  For his alma mater, he is the executive director of the St. Mary’s Alumni Association. 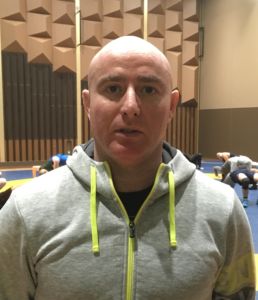 Coach Grimberg brings a wealth of skill and experience to the Titan Wrestling Room.  In addition to his coaching experience with the Israeli Youth National Teams and fitness knowledge as a personal trainer in Japan, he was a Greco-Roman national team member for Israel throughout his cadet, junior, and senior levels.  Coach Grimberg leverages his knowledge, expereince and the skills he developed to improve both the technique and mind-set for winning with our grapplers.  His competitive nature and desire for the sport led to him competing in and winning medals at the European Championships and World Championships at the 48 – 54kg weight categories.  He is a 2019 World Veterans Championship bronze medalist.  He brings with him coaching experience in coaching the Israeli Youth National Teams and knowledge as a personal trainer in Japan. 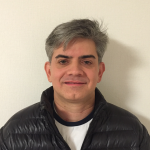 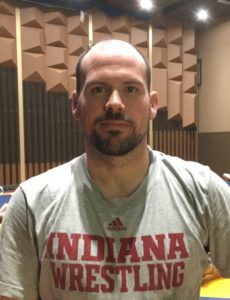 Coach Richardson was a 2 time Freestyle and 1 time Greco Roman state champion in Indiana.  He was also an Indiana State runner-up in folkstyle.  He was a member of the Indiana University wrestling team (NCAA Division 1) from 2001 to 2006.

Coach Kanybek was a former national team member for Kyrgyzstan with experience competing at the world championships.  With his Russian style wrestling he brings a whole new dynamic of wrestling instruction to the team. 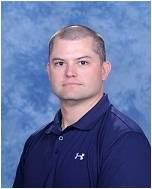 After spending seven successful seasons coaching the high school team (2006-13), Ian Harlow handed over the reins to Coach Yabui and took over the middle school program beginning with the 2013-2014 season.  During his tenure with the high school program, Coach Harlow’s grapplers won 4 Far East Championships (2 Individual and 2 Team), 3 Kanto League titles and produced 7 Far East Champions.  He became the first St. Mary’s Coach to produce repeat wins for both the Far East Individual and Far East Dual Championships by doing so in the 2011 and 2012 seasons. 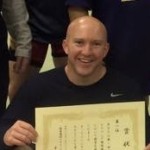