After a phenomenal record-breaking season last year, the Titans wrestling squad is already preparing themselves to make history once again. It almost seems impossible to top, or even match, last season’s record of winning all five major tournament titles (Beast of the East, Kanto league, Kanto Tournament, Far East Individual, and Far East Dual) and producing 6 individual Far East champions two tournaments in a row. However, captains, Ryo Osawa and Chang Young Lee disagree. “We are going to win everything again back to back,” comments Osawa. Perhaps with 3 returning Far East champions (Ryo Osawa, Chang Young Lee, and Rio Lemkuil), and 2 returning Far East silver medalists (Eshan Singhi and Tatsuhito Matsumoto), the team’s ambition may not be farfetched after all. On top of all returning medalists, the team currently has a whopping 40 wrestlers. “In the many years I’ve known this program, we have never come close to 40 wrestlers on  a team; it’s a good sign of a successful program,” says Coach Yabui. Another record the entire Far East is anxiously anticipating is Chang Young Lee’s fourth Far East title. There has only been one  wrestler from Kubasaki in the history of Far East to win four individual Far East championships and Lee is looking to becoming the second one with only one career loss so far.

The season could not have had a better start. 2-time NCAA and Big 10 champion and member of the USA national team, Brent Metcalf, flew in from Iowa for a clinic. “I consider him the best wrestler in the US and top level in the world in the last few years,” excitingly commented Coach Yabui, who is a big fan of Metcalf. The boys learned the importance of hard work and preparation from the most fierce wrestler in the world. 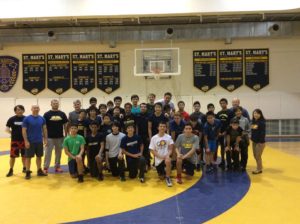 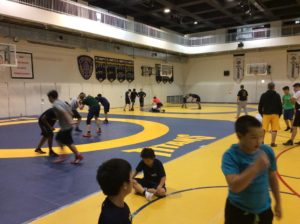 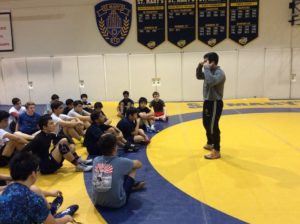 Keeping the tradition from last season, the wrestlers have begun their training outside. Utilizing the landscape of the neighboring areas of the school and the field, the wrestlers have been spending plenty of time getting rigorous strength and conditioning exercises. Much time is also spent on working on hand fighting— essential technique behind getting in good position for the optimal offense and defense tactics. “The outside trainings are very hard. The veteran guys know this, but I am hoping that the rookies realize and believe that the painful training will pay off in the end; they [rookies] are already a different person compared to day one,” comments Coach Yabui.

One great aspect of the wrestling program at St. Mary’s is the level of parents, alumni, and third party support it gets. The team hosted the annual Parent and Wrestler Season Kick-Off meeting in conjunction with a Season Kick-Off Party for wrestlers and parents. The veteran parents discussed plans and improvements for this season. The new parents and wrestlers received a basic orientation of the sport and program. The veteran wrestlers had a goal-setting session to mentally prepare themselves for season.  At the kick-off party, the wrestlers and parents enjoyed socializing and watching past highlight videos of the program. 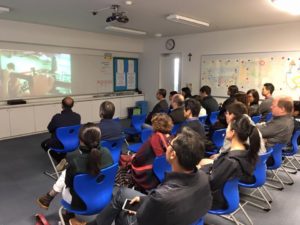 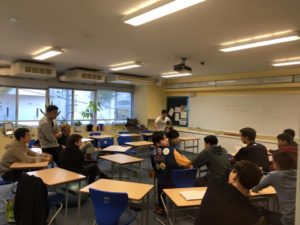 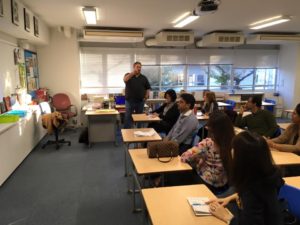 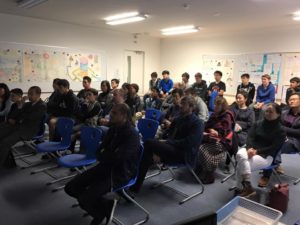 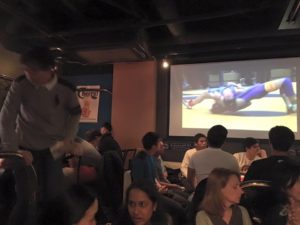 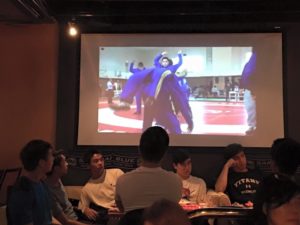 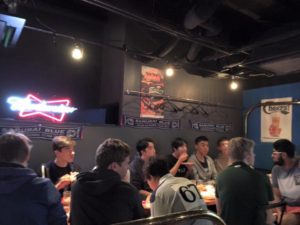 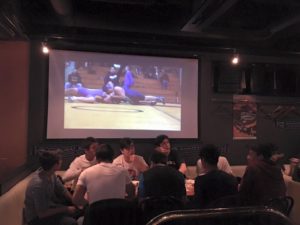 Will the Titans make history once again? Or will their reign come to an end? Much depends on the how strong the wrestlers are “willing” to succeed. “Where there is will, there is a way” or 精神一到 (Sei-shin-itto) is this year’s team theme. So far, it seems that every team member is willing to succeed in their own ways.