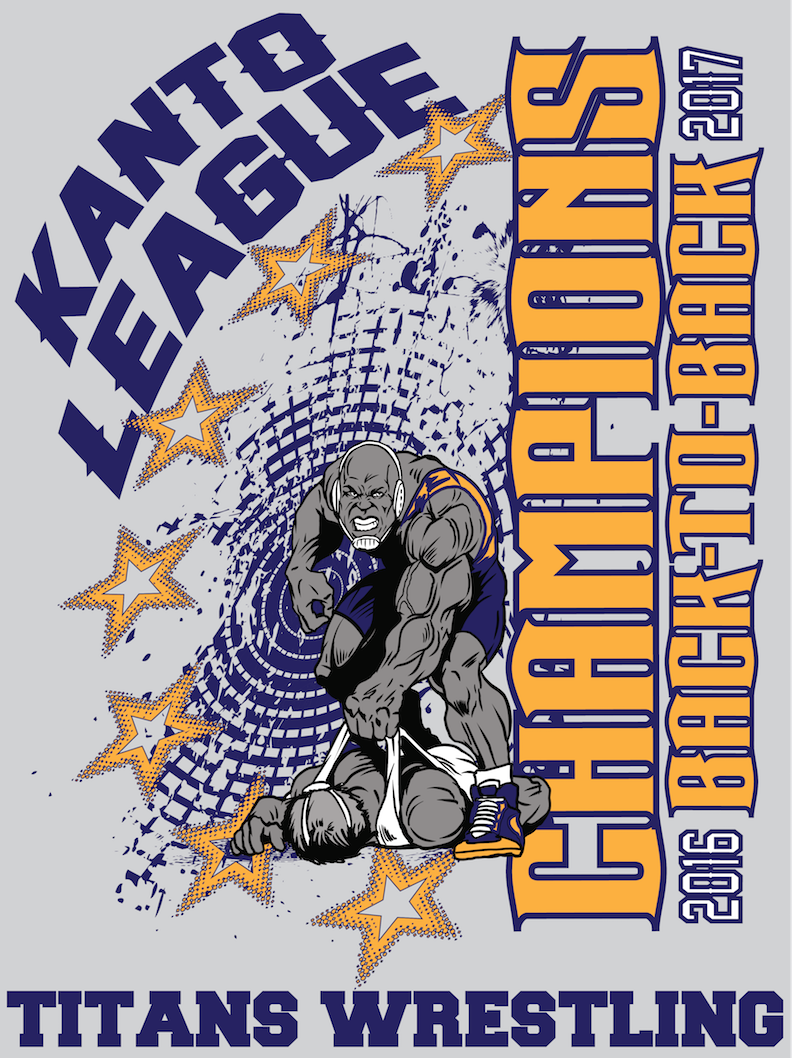 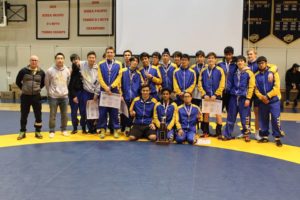 One year ago the Titans needed the help of a heavyweight to beat the Kinnick Red Devils – problem was they didn’t have a heavyweight so they cheered on the Kinnick rival and when the dust settled, the Kanto Tournament title was theirs.  A lot happens in a year!

This year they needed school schedules to align in order to even have the tournament after administrators called a “snow day” on Saturday, February 9th – the originally scheduled date for the tournament.  By noon on the 10th it was obvious that mother nature was getting the last laugh as the snow never materialized, so some quick work by Titan Athletic Director Kurt Rose and his counterparts around Kanto resulted in just a three day postponement and we were back on for February 12th.

Coach Yabui commented that this tournament was more than the win: “I was so amazed at how supportive and responsive our parents and graduates were in helping with the tournament despite the fact that the make-up day decision was made only 20 hours before.”  Coach Yabui expressed gratitude to all parents, graduates, and other stakeholders involved in making the tournament happen, “It was a lot of work in the very last minute, but it was better than canceling it like in 2014.”

Even with the extra two days the Titans had no chance to fill two empty weight classes – 108 and heavyweight.  But even with those holes in the lineup, the Titans held off a charge from both ASIJ and Kinnick wrestlers to win this one out right!  The Titans sent 9 wrestlers to the finals and had third place points from Samin (122) and Micheal (215) already counted before Mikhail (101) took the mat to kick off the Titans run for gold!

The Kanto Championship that almost didn’t happen was highlighted by Coach Yabui’s awesome video display and introduction of the tournament finalists.  Here’s how the boys did by weight class:

101 – Mikhail Titov powered through his first opponent winning by tech fall in less than 40 seconds and setting the stage for him to face off against his Kinnick rival in the finals.  Mikhail and his opponent battled it our for four and a half minutes before Mikhail got himself caught in a gut wrench and went down by tech fall.  Still not a bad showing for the Freshman in his first Kanto Championship as he took home 2nd place and also banked points for the team.

115 – Eiji Kasahara came out pumped to defend his Kanto title and did just that.  He took down his Kinnick opponent by tech fall in the first round to move into the finals against ASIJ.  His final’s match was more of a brawl then what he went through in the semi-finals but Eiji prevailed with a win by tech fall in the second round.  Back to back first place finish for the Sophomore and 10 more team points for the Titans.

122 – Senior Samin Hoque dropped weight and won his team wrestle-off to earn his spot on the roster for this tournament.  The few extra pounds he dropped to make weight seemed to  have zapped some of his energy as well, turning his first round match against Zama into a grind that he eventually lost the momentum to win and he lost in an upset.  One’s character is tested most with how you react when pushed against the wall – after a gut check a ample pats on the back by teammates and parents, Samin came back like a buzz saw.  He tore through his CAJ opponent, winning by tech fall, and then beat the opponent from Zama that had earlier knocked him into the consolation bracket by tech fall as well to claim 3rd place.

129 – Senior Harold Marcia needed just over a minute to take out his CAJ opponent by tech fall and move into the finals – keeping his unbeaten record intact as well.  In the finals he faced a Kinnick opponent and moved from his gut wrench series to the St. Mary’s signature ankle lace to take first place with a win by tech fall and remain one of two Titan grapplers with undefeated season records.  Gold for Harold and first place points for the Titans!

135 – Junior William Krcelic came out still stinging from his loss at The Beast and was determined not to let the referees have any say with bad calls at this tournament.  Using a combination of gut wrenches and good old fashioned Titan ankle laces, he held his opponents to zero points and won his semi-final and final matches by tech falls to claim Kanto gold and first place points for the team!

141 – Senior Nishant Chanda has been a pinning machine this season with 15 of his 19 wins coming by fall.  So, as expected, his semifinal match against Yokota ended in 29 seconds by Fall.  His final against ASIJ was a little off script however, as he went a full two rounds and took gold with a win by decision.  Not winning by pin isn’t a bad thing as Nishant knows he’s got the stamina and the tools to beat anyone in front of him.

148 – Senior Cole Lawlor continued his winning season with a win by tech fall in the first round of his semifinal match – beating his Zama opponent by executing a series of gut wrenches.  Whether it was the mouth full of blood he ended up with from the first match or purely adrenaline fueled, what is clear is that he won by pin in the finals to take gold and deliver the team another 10 first place points.

158 – Freshman Warren Kowlow came out strong and took his first opponent down with a first round tech fall.  He faced a more experienced ASIJ wrestler in the finals and ended up having to settle for 2nd place in his first Kanto Championship…but he’s definitely put the rest of the Kanto League on notice – the road to Kanto gold will be going through him for three more seasons!  His 2nd place points for the team helped to build a lead over ASIJ.

168 – Lev Titov had two marathon matches at Kanto.  In the first one, he took the win by pin over his Yokota opponent with one minute left in the match.  The second one went the other way as he lost by tech fall to his ASIJ opponent with about one minute left in the match.  His second place finish may not have been what he wanted, but more points for the Titans as they continued racking up team points in their quest to repeat as Kanto Plain Champions.

180 – Senior Austin Koslow came into this tournament unbeaten and went home just as he arrived.  The senior wrestled with confidence and control allowing zero points to be scored against him.  He took his first opponent out in just a bit more than 30 seconds by tech fall and his finals match went pretty much the same way as he took his Yokota opponent out by tech fall as well to successfully record back to back Kanto Championships!

215 – Freshman Michael Patton started off his first match well but let himself tie up just a bit too long with a more experienced Kinnick wrestler and found himself in the consolation bracket.  He stepped up and came back with a vengeance in his 3rd place match, winning by pin in just 18 seconds!  Third place in Kanto isn’t the goal, but 3rd place for a freshman in a weight class filled with more experienced seniors is something to be proud of.

At the end of the day, the Titans crowned six Kanto Champions, three runners up and two third place finishers to repeat as Kanto Tournament Champions.  The last time the Titans won back to back Kanto titles was 2004-2005, which then turned into a 3-peat when they won in 2006!  With a solid group of Freshman and Sophomores they just might be in a position to make a run at three in a row once again next season!

Future Kanto Tournaments aside, the focus now turns to preparing for Far East where the Titans will rally around this year’s theme “One Team – One Goal” and try to take back the Far East Championship!