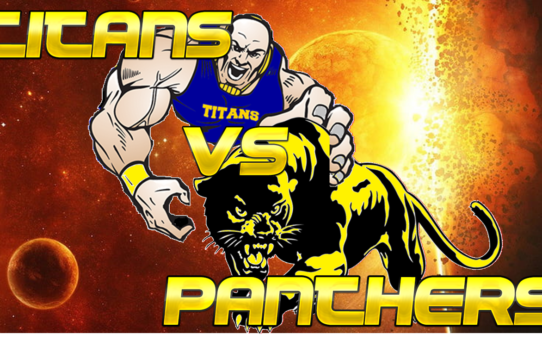 I feel so bad for Hugo Miyamoto always cutting down to make 101lb for the team, and never having an opponent to compete against. His sacrifice is so valuable to the team but I wish there were more 101lb wrestlers out there for him. Wrestling sucks. You gotta cut weight, train hard everyday, and then you have no opponent to wrestle against in your home match… oh, well, it is the way it is. Hopefully, he’ll have more competition this Saturday and at Far East. Wondering if there’s no 101lb at Far East, he may become the first Far East champion that didn’t wrestle a single match…..?? Nah…. not gonna happen…

What an incredible asset Jong In Lee is this year. He’s good. Very good. And, no one really knows that because like 101lb, Jong In rarely has opponents at 108lb, so we’ve been bumping him up to 115lb most season. That’s so precious especially now, Isaac Shane is out of the line up at 115lb. I feel so confident to bump him up all the time. At this low weights, on weight class is a lot of weight you’re giving up; it’s a huge disadvantage and it’s exhausting. But, Jong In, just goes out and takes care of business. And, the league doesn’t know that. Very much looking forward to seeing him compete at his actual weight class at 108lb this Saturday and Far East.

Luke Shane has made a great transformation. At the beginning of the season, it felt like he was afraid, nervous to wrestle. Now, he’s much more aggressive and wants to go out and perform. His moves are working better and he’s got a great attitude towards matches now. Great improvement from him.

Masaya Toyokawa is so fun to watch. His technique is so solid and his timing, set ups, and positioning are all outstanding. I’m also glad he’s got some competition in his weight class. It’s totally fine to get scored on; that makes the match more exciting. In the end, he’s coming out with pins and tech falls. He’s a true “St. Mary’s” wrestler and reminds me of the wrestlers that I used to wrestle with in high school. Even as a senior, he’s getting better every day.

Nathaniel Twohig must have had a lot of fun showing off his techniques and getting big moves in front of the home crowd. If he can stay in his stance, bend his knees, and correctly penetrate every time, he’s going to do great in the upcoming tournaments. He still sometimes has a bad habit of bending down and not penetrating to get to a leg attack. But, for a rookie, he is doing an amazing job. Wait, what’s wrong with his leg lace? He keeps getting one ankle so loose and it’s not working…

Jiei Izukune … what a character… “ouch my arm hurts, I don’t know if I can wrestle…. I can wrestle!…. but it hurts!…. I want to wrestle!… it hurts so I’m just going to try to pick up a human being a slam him on the mat in a home dual meet”…. He did well. Went out and did what the team is focusing on doing… taking shots first. Nice fireman’s carry… now just finish it…. Wait, what are you doing….? Why are you trying to stand up and picking him up…. We never worked on  that and what a waste of energy…. Is he just trying to show off….? Whatever…. Pin is a pin… but he could have finished this match way easier….

Taiyo Mitsuoka yay, he took a shot! Yay, it worked, yay, he has the other guy pinned…. Nooooo, he got flipped over because he isn’t perpendicular and doesn’t have his head up….yay, he got off his back…. Yay the opponent is tired so now Taiyo can beat him…. Shoot Taiyo, shoot, just shoot, you don’t even need set ups for this guy, just shoot please… why isn’t he shooting…?? If he doesn’t shoot, the guy will do something …. Yep, there it is…. It’s ok, just defend in par terre…. No wait, where is his basic par terre defense…? You can’t defend like that because the other guy will get your wrist ….. In conclusion: when Taiyo shoots, he wins, if he doesn’t, he gets pinned. I hope he gets that because the big secret is that there’s no one in the league so far that’s better than him….

Kabilan Baskaran has been showing a great attitude and enthusiasm for winning. Let’s see how he does today… he should be hand fighting more, trying to get and maintain inside control… but he’s moving well. Wow, he actually shot a fireman’s carry like we worked on! And it worked! And he did it again! And it worked again! Good adjustments he’d been making over the couple of days. And, he even got a pin. Great way to finish his varsity debut match, but stop with the half nelsons please…

Roman Leyko has been improving fast especially with his near arm far leg attacks. Last Saturday he couldn’t quite finish the move, let’s see how he does today. Annnnd, a pin. Well that was a nice quick near arm far leg to a pin! Nicely done.

Sorry Matthew Araya and Jotaro Yamaoka for not having a match. It just sucks when teams don’t have a fuller lineup. COVID just killed wrestling in the league and all teams are rebuilding. They’ll have fun this Saturday though.

It was an improvement from last Saturday. They were more pumped and took more shots (and it worked all the time). I wish my wrestlers could read my mind and “see” my experience. We can be winning way more matches and if they just took a shot, most of the time it will work or result in good outcomes. But, they just don’t believe in themselvesI don’t know what it is about our wrestlers, but they lack confidence. They think their opponents are better than them. Maybe they just think I’m a very bad coach and they think they’ve not been coached adequately…. Do they think I’m that bad? I mean, I’m not the best or anything, but I’m not terrible… Maybe because the other team’s coaches are all buff and scary looking, so my guys think they are better coaches… should I shave my head and get tattoos and lift more weights so I look more intimidating? No, I like my hair and I like onsen so can’t get tattoos and I hate lifting…. On the positive side, our wrestlers are never cocky, so that’s good. But there’s a difference between being confident and arrogant, and a difference between modesty and lack of confidence.

“My opponent may be strong but I work hard everyday for this so I’m going to hand fight, set up, and attack relentlessly and do everything I was taught to do and maybe there’s a chance I can win.” That’s modesty and confidence.

Let’s pray that our boy will become wrestlers of modesty and confidence. Two more weeks to go.