“That’s what happens when you are better conditioned than your opponent,” commented Coach Yabui as Wirth began to look tired towards the end of the match and became sloppy and risky with his last minute throw while Lemkuil was just getting his motor running.

The biggest upset came from second year wrestler, Alex Patton at 180lb. A month ago, he could not do anything against the defending Far East champion, Dwane Lyon of the Devils. Only in their second meeting, Alex controlled the match effectively with his front head lock and smart wrestling. As Lyon became frustrated and took a double leg shot, Patton countered with an underhook to take Lyon straight to his back for the pin. 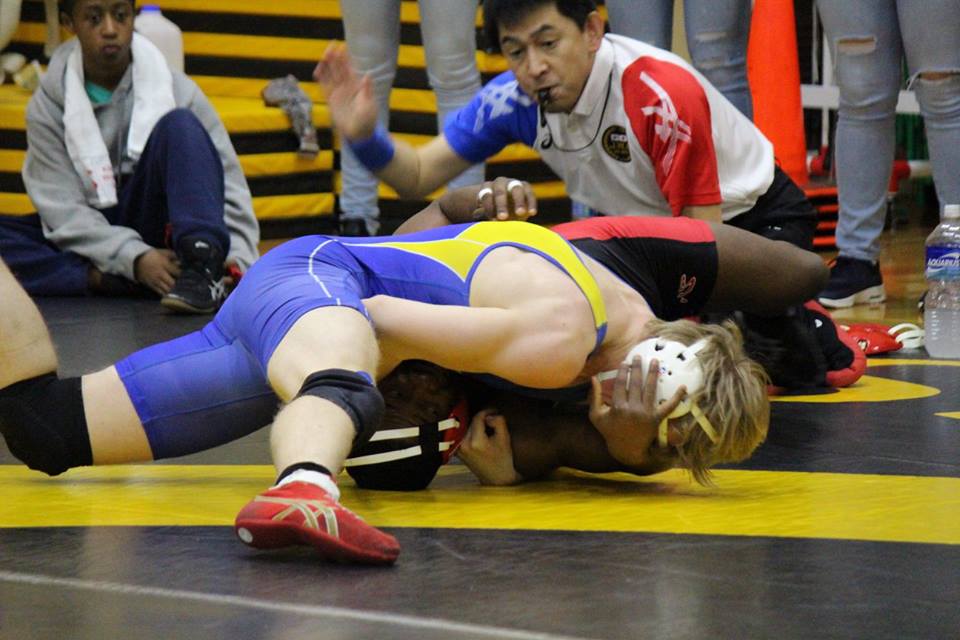 “That’s what happens when you are better conditioned than your opponent,” repeated Coach Yabui on Lyon’s weak double leg shot on Patton who is physically strong and also well conditioned.

Titan wrestlers are capable of defeating all of Kinnick’s line up from 101 to 215. The weight classes they lost were close and no one got completely dominated. Lemkuil and Patton both pinning Wirth and Lyon were significant as well as Tatsuhito Matsumoto (115) defeating Chon Dareing (115) by decision. Wirth, Lyon, and Dareing are Kinnick’s best wrestlers and being able to defeat them means that the Titans are on the right track to winning their fourth consecutive Far East title. However, those three matches were exciting matches and their rivalry is expected to continue so they could go back and forth this season. “Knowing Kinnick, they will wrestle harder and smarter the next time we see them. We have to make sure we continue to get better and more aggressive too. At the end of the day, beating Kinnick or staying close to them is a good sign to perform well at the Far East. We should be able to get a better overall picture next week at the Beast,” commented Coach Yabui as the Titans won every weight class and shutout Zama and Yokota to begin their season with a 3—0 dual record.

Overall, the Titans out-conditioned their enemies. There were many instances during matches where the opponents looked like they did not want to wrestle any longer with St. Mary’s wrestlers ready to wrestle in their stances. The school’s signature ankle laces and arm bars for the most part were effective. Captains, 3 time far east champion, Chang Young Lee, and defending Far east champion, Ryo Osawa, both looked consistent and solid. Next week is the real test before Far East: the Beast of the East. Can the Titans remain dominant and defend their Beast title? 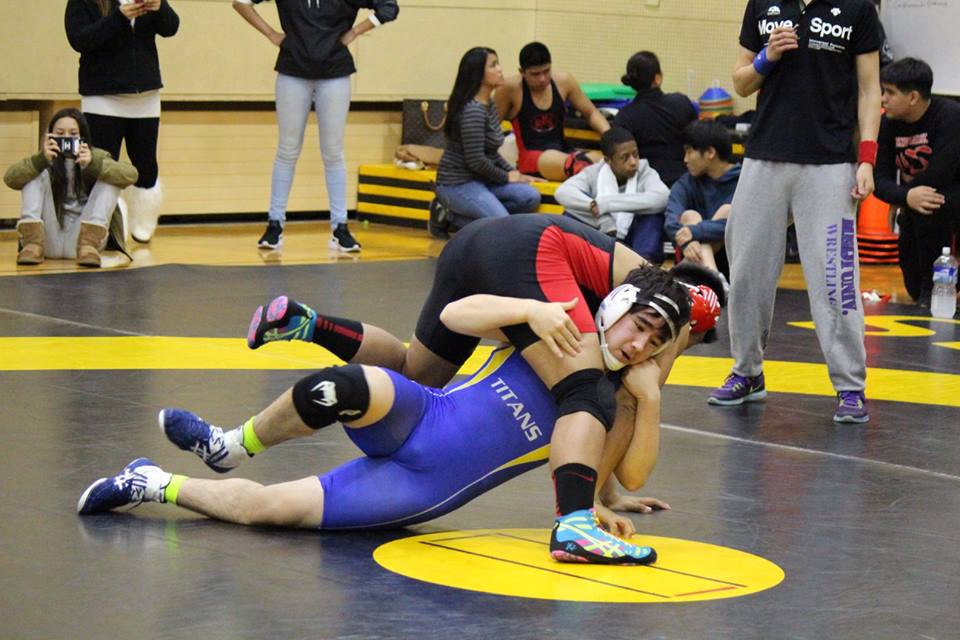 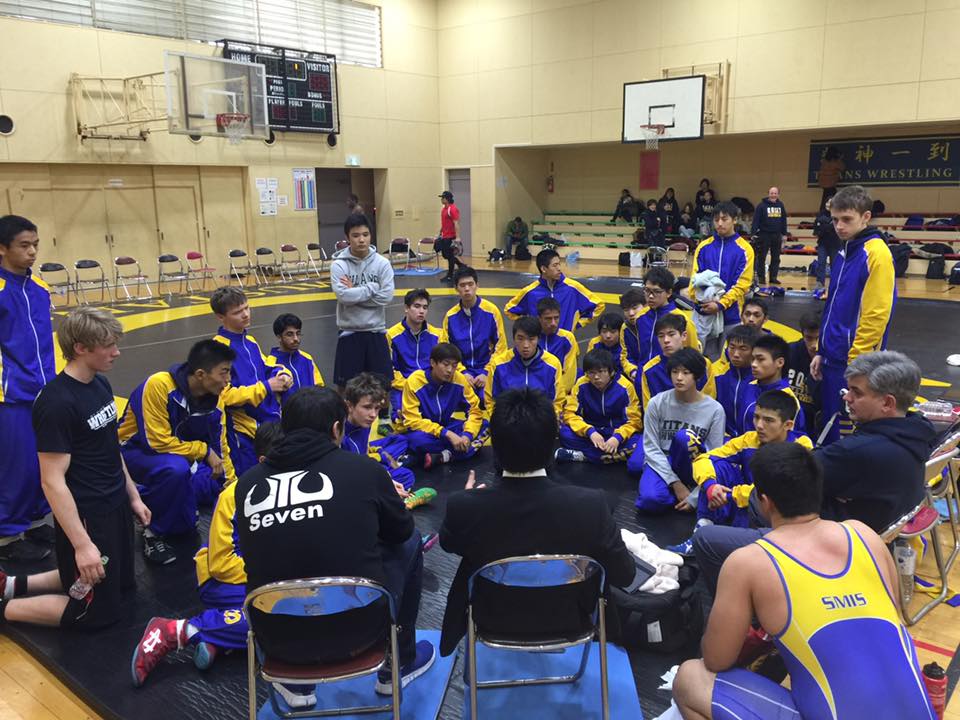