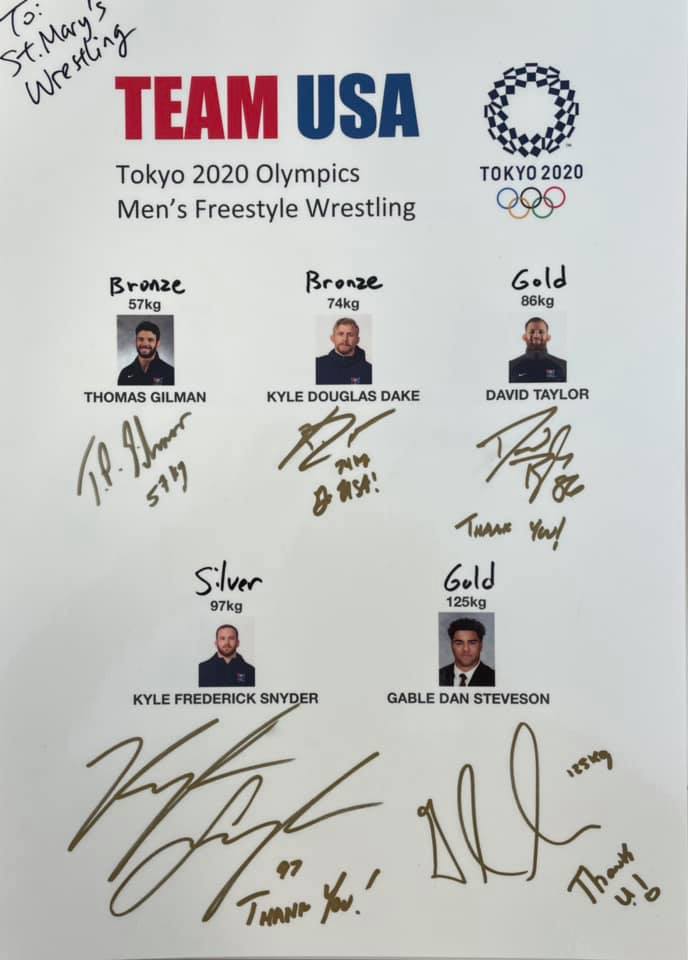 The United States Olympic wrestling team (men’s freestyle, women’s freestyle, and men’s Greco-Roman style) proved to the world they were the best wrestling nation by securing 9 medals at the 2020 Tokyo Olympics, ahead of Russia Olympic Committee’s 8 medals and Japan’s 7. But, perhaps what the world doesn’t know is that St. Mary’s International School was behind the scenes. 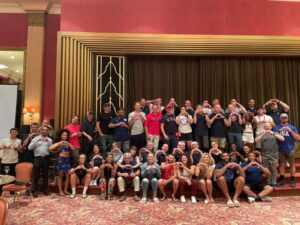 COVID restrictions limited all nations from bringing their full support staff and travels outside of their hotels, Athlete’s Village, and the competition venues at the 2020 Olympic games. The USA wrestling team was no different. As the competition venue was at Makuhari Messe, the team stayed in hotels in Makuhari, rather than the Athlete’s Village. This meant the team would need to eat in the hotels and stay in the hotels expect during competition. If the sport of wrestling was as easy as eating burgers and fries every day, they could simply dine at the hotel restaurants. With some wrestlers trying to cut weight and others gain weight while eating for optimal athletic performance, the team needed the hotel to prepare meals with a myriad of specific requests from what to prepare and how to prepare them. That is when Jon Omori, USOPC’s local coordinator and a friend of Coach Yabui called. Jon Omori came to St. Mary’s two years ago with USOPC’s nutritionist, Rob Skinner, for a special presentation, organized by Coach Yabui. So, no formal introduction was necessary other than Jon’s request to Coach Yabui to get in touch with Rob, who was the chief nutritionist for the USA Olympic wrestling team, and Cody Bickley, USA wrestling high performance manager. Coach Yabui, then, worked with the hotel staff to prepare meals for performance and weight control.

“It was a challenging task because a lot of the things they wanted were American things and I had to look for alternatives in Japan or places to get them in Japan; otherwise, I had to use my knowledge of weigh management to advise the hotel what and how to cook for the American team,” commented Coach Yabui.

“The food was perfect. I’ve been to many countries, but this is the first time that the athletes didn’t complain about the food,” said Rob Skinner after the wrestling competition.

USA Wrestling coaches, staff and athletes setting up the St. Mary’s wrestling mats at their hotel.

Another issue was water. The entire team went through 600 bottles of water in 2 days during the acclamation camp in Nakatsukawa, which was provided by the host city. Coming to a hotel in Chiba prefecture was a whole different story as any bottled water would cost 200 – 300 yen a bottle; multiply that by 300 bottles a day times 11 days, there simply wasn’t enough money. However, this was a much easier fix as Coach Yabui did multiple “Costco runs” to make sure they had enough water. Coach Yabui said he understood the importance of meals and hydration for the sport and he didn’t want the reason for underperformance by the team to be food and water.

But, right when the food & water problem was resolved, Coach Yabui found out that before his involvement, USA wrestling had asked the hotel for their banquet room to use as practice space, but they had given up due to the outrageous price offered. It is an advantage for any team to have their own practice space at their hotels or near (rather than the space provide for all the countries at the competition venue) for safety (especially given COVID), more flexible workout schedules, and for better concentration (as there are no distractions). But, due to a lack of budget, USA wrestling had given up on securing practice space at the hotel and was going to use the competition venue.

“I told them to let me try,” said Coach Yabui, “but, I had absolutely no clue if I could get the price down”. Coach Yabui used the St. Mary’s alumni network, but found no luck. “So, like St. Mary’s wrestlers do, I just had to wear them down,” as Coach Yabui called the hotel everyday to negotiate the pricing, “and I told the hotel ‘I assure you, this team will bring back at least 2 or 3 gold medals and a bunch of other medals and it’s the best team they’ve had since 1984’ so please, please support.” Finally, the hotel agreed to a price affordable for USA wrestling. Then, the obvious question from the hotel and USA wrestling was “how do we get wrestling mats?” Of course, Coach Yabui had the best answer: St. Mary’s wrestling mats. On top of wrestling mats, St. Mary’s also provided them with the wrestling team’s spin bike and mat cleaners.

“When you get an opportunity like this, it’s just a great honor to be a part of, so I immediately raised my hand to help and it’s a great thing for our wrestling program and our boys,” reflected Coach Yabui. He also mentioned that if it wasn’t for COVID, he could have and would have had his wrestlers to help out and meet the Olympic team, which was unfortunate, but, again if there was no COVID, this opportunity would not have come about.

US men’s freestyle coach, Bill Zadick thanked St. Mary’s for their help “we are tremendously thankful and it made such a difference to have mats right here in the hotel,” and Cael Sanderson, 2004 Olympic champion and personal coach for many of the 2020 Olympians, also agreed. The wrestlers also expressed gratitude and mentioned how helpful it was to have the mats at the hotel.

“When I heard that Shu was helping us, I told our team leaders, there’s no doubt in my mind he’s going to do a great job and we can trust him,” commented Terry Steiner, head women’s wrestling coach, who has worked with Coach Yabui with United World Wrestling projects and courses in the past.

As a token of appreciation, the team presented the St. Mary’s wrestling team with autographs. These autographs are displayed in the trophy case at school.

“I’ve lost track of how many Olympians have stepped on our mats,” jokingly commented Coach Yabui, “but it’s a honor and great legacy of our program and just knowing that will help our boys to perform.”