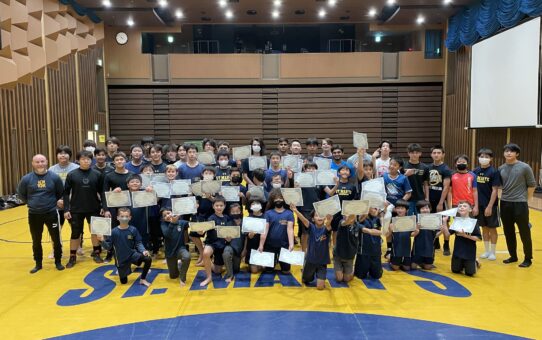 The first elementary wrestling season in a long time has finally come to an end with an epic and exciting “King of the Mat” competition on Wednesday and an award ceremony on Nov. 11. “It’s the first time I’ve gotten complaints about wanting more and longer practices,” jokingly commented Coach Yabui. Many young Titans loved their first experience with wrestling so much that they and their parents have requested the coaches for a longer season and opportunities to continue wrestling. Unfortunately, the torch now must be passed on to the middle school and high school wrestling squad who will also have a normal season since 2 years ago.

“There are some really good talent in that group; I’m excited to see them continue,” commented Coach Moshe. The final “King of the Mat” offered an informal competition for the wrestlers on their last practice. Scrappy wrestlers were trying hard to score on and not get scored on by utilizing the skills learned this season. The most popular moves were the fireman’s carry, single leg, and the go-behind, as many wrestlers attempted and many times succeeded in their maneuvers.

“It was so nice to see these kids excited about wrestling,” said Coach Matsumoto who was very popular with the young wrestlers as they often would huddle around “Tatsu” (as they call him) after practices.

“The elementary program is a product of Coach Moshe and Coach Tatsu,” credited Coach Yabui explaining how he could not be at practice always as he had high school teaching obligations sometimes that overlapped with ES wrestling, “I’m so grateful to have these two coaches who the kids loved and they were able to pass on their passion for wrestling in a fun and safe way.” 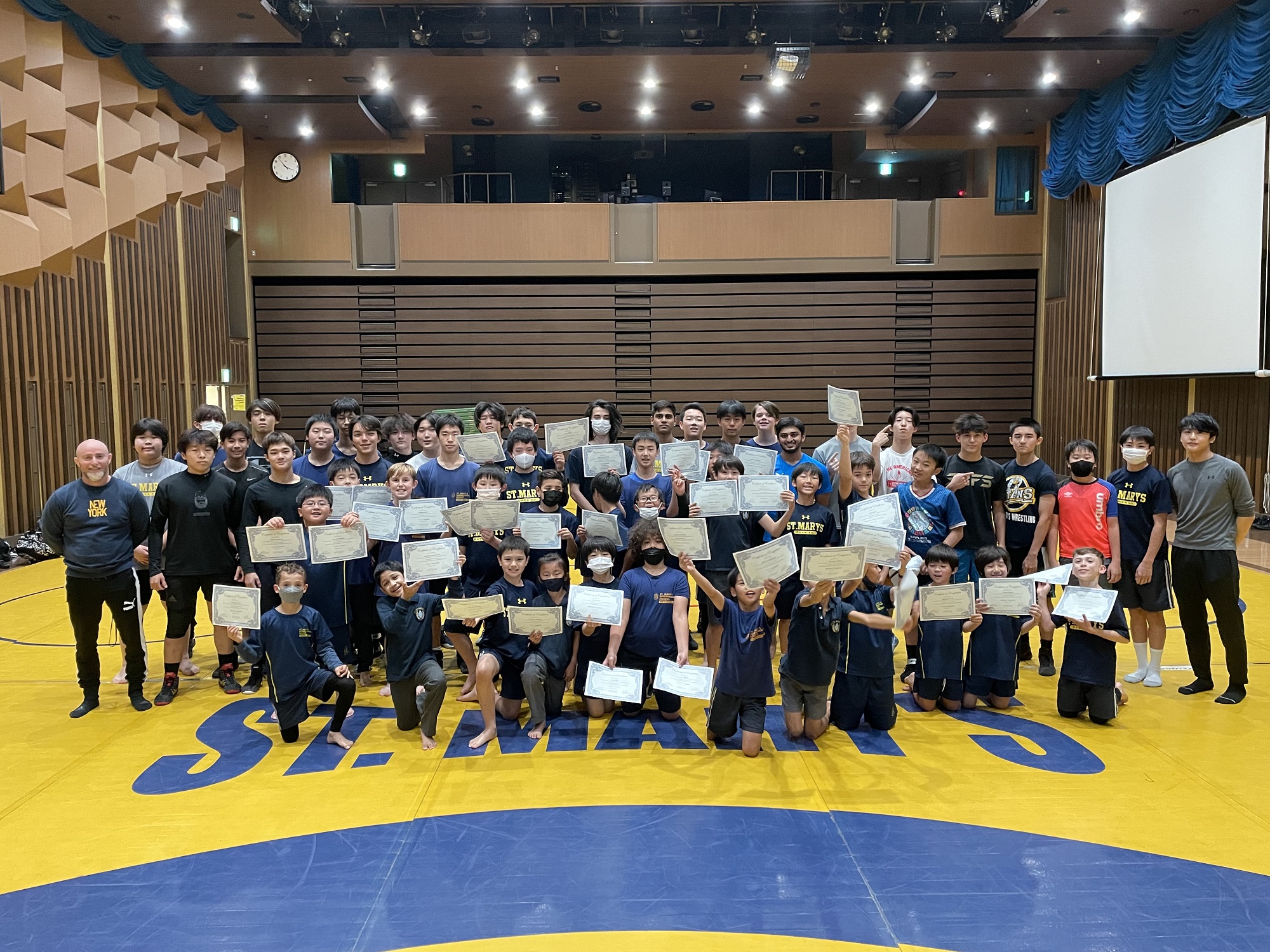 On their last day, the middle school and high school wrestling teams joined their celebration of the young wrestlers’ accomplishments and success. Now that elementary school is done, it is time for the middle school and high school to have their season. The middle school team is off to a better start than last season which they only had 1 wrestler; this year the team has 9 wrestlers. While this is still far below what the average used to be, Coach Yabui is still happy with what he’s got. The high school team showed more popularity than expected, having 30 wrestlers signed up; a result of the recruiting efforts by the coaches and returning wrestlers.

While being asked about the decline in numbers, Coach Yabui explained “we are certainly rebuilding; COVID hit wrestling the hardest and the tradition came to a pause. Many students don’t know what the wrestling team is about or the great tradition and legacy it has at St. Mary’s. I have to educate our students on things like that. Once we get results, good or bad, there will be more awareness of our program among the students and it will spread again. It’s hard to recruit when parents and students haven’t even heard of the wrestling team, but that’s about to change.”

Will the spirit and energy of the elementary wrestlers be passed on to the middle and high school wrestlers? The season has just begun. The clock that had stopped 2 years ago has now begun ticking again. Stay tuned for what this decade will bring for Titans wrestling.